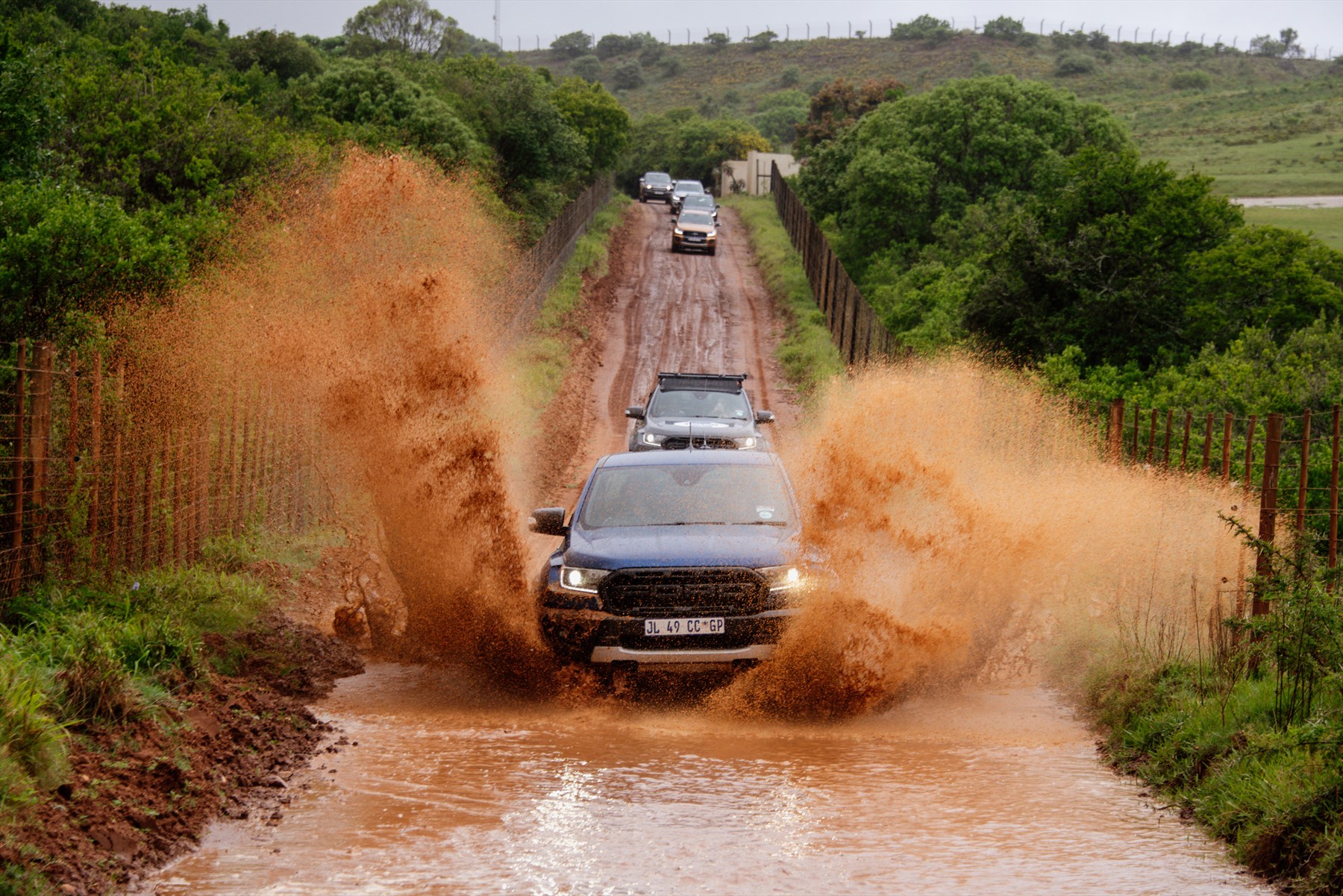 PRETORIA, SOUTH AFRICA, 01 December 2020 – Ford Motor Company of Southern Africa (FMCSA) is stepping up its efforts to inspire women, and kicked off the second part of its RangeHer campaign with a 4 300km drive across South Africa to support rural communities.

Ford RangeHer is a new global campaign that aims to highlight extraordinary women in their respective countries and industries as they take the next steps in their careers and personal lives, with the ‘Built Ford Tough’ Ranger pickup helping them to achieve their goals – and, crucially, enabling them to help others.

“With RangeHer, we are demonstrating that individuals have the power to change the world around them, and that women are highly influential and valued changemakers in our society,” says Neale Hill, MD of FMCSA. “Facilitated by the exceptional, sure-footed capabilities of the locally assembled Ford Ranger, our RangeHer Drives with a Mission campaign provides the platform for a wide range of women to truly ‘Live The Ranger Life’ by experiencing exactly what this remarkable vehicle can do, sharing the journey with special people, helping others and, importantly, having a lot of fun while doing so.

“This initiative is the second phase of our RangeHer campaign that started in October this year with the announcement of four inspiring and pioneering RangeHer She’s Got Range ambassadors,” Hill adds. “These amazing women are proudly leading the conversation in terms of women’s empowerment and gender equality.”

The four RangeHer She’s Got Range ambassadors are Angie Khumalo, Leigh-Anne Williams, Mapalo Makhu and Poppy Ntshongwana. They are all driving Ford Rangers for a period of six months as they strive to break down prejudices and inequalities, while making a real difference in their respective communities – supported by the Ranger pickup.

Driving 4 300km with a mission

Through RangeHer Drives with a Mission, a total of 40 female journalists and influencers were involved in a 4 300km drive, encompassing four rotations over a period of two weeks. The journey started off on 9 November 2020 from Gauteng – which is the heart of Ranger production at Ford’s Silverton Assembly Plant in Pretoria.

The second group completed a spectacular and mostly off-road Garden Route drive to Cape Town between 12 and 14 November, with the return stint back to Port Elizabeth running from 16 to 18 November. The last group drove back to Gauteng from 19 to 21 November.

With extensive gravel and off-road driving dominating the route, participants got  to experience the Ranger’s confidence-inspiring capabilities in a wide range of demanding environments encompassing some of South Africa’s most scenic locations, while also proving their mettle behind the wheel.

Ford RangeHer Drives with a Mission has, above all, an important and underlying charitable element too, as each group will visited selected schools, clinics and environmental conservation projects as they literally and figuratively headed well off the beaten track to deliver relief in impoverished areas.

“One of our central Live The Ranger Live values is ‘can’t help but help’, and we will be did exactly that by using the Ford Ranger to support communities and organisations by providing effective sanitation and protection against COVID-19,” Hill explains. “We also visited several of our Ford Wildlife Foundation projects along the way to support the amazing work they do in environmental conservation, research and education.”

At each of the schools, the team donated two specially developed portable Flow-Bin handwashing stations, which comprise a 1 000-litre water tank plus stand, a built-in basin and all of the necessary fittings. Additionally, 300 soap bars were provided for each station – with the handwashing facilities designed to improve personal hygiene amongst learners, and help contain the spread of COVID-19.

Furthermore, COVID-19 face shields produced by Ford’s Silverton Assembly Plant employees during the height of the national lockdown were handed over to selected medical facilities to help protect the local healthcare workers. The medical centres included the Empilisweni Regional Hospital and Umlamli Hospital in Sterkspruit, Willowmore Clinic, and Thornhill Clinic in the small farming town of Loerie.

The action-packed programme introduced the all-female participants to the remarkable work of selected Ford Wildlife Foundation (FWF) partner organisations along the route. It included the Southern African Foundation for the Conservation of Coastal Birds (SANCCOB) in Port Elizabeth, the Knysna Basin Project in its protected estuary, the Overberg Renosterveld Conservation Trust, and the World Wide Fund for Nature’s establishment of a national grassland park in the northern region of the Eastern Cape.