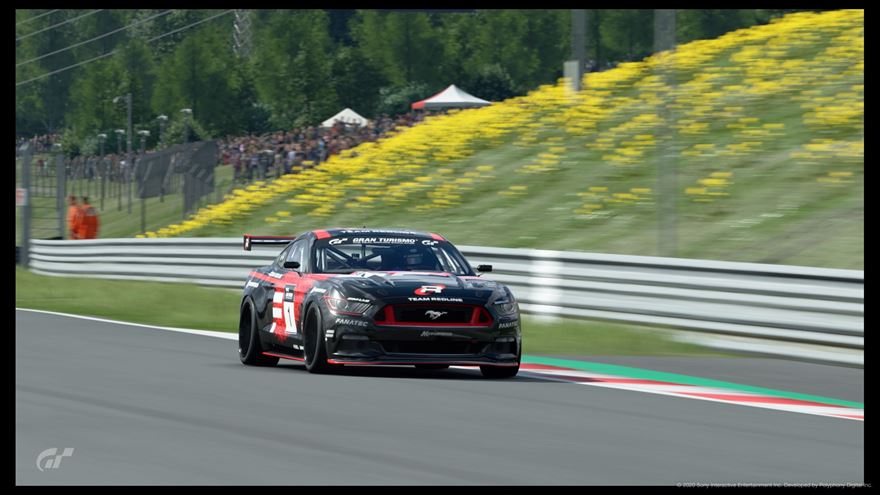 PRETORIA, SOUTH AFRICA, 08 July 2020 – Seventy-two sim-racers have progressed to the next round of Ford South Africa’s first-ever sim-racing competition after a very tense, highly-competitive Hot Laps seeding round.

Participation has exceeded all expectation so far, with the inaugural #LockdownLaps on Gran Turismo Sport instantly catching the interest of veteran sim-racers and novices – the latter curious to see how far sim-racing had evolved beyond the old arcade machines.

However, in the end, the spirit of fun was evenly balanced against the tight competition and seriousness that lay ahead.

“LockdownLaps has allowed Ford SA to engage with existing and potential customers and the feedback we’ve received shows the passion towards the Ford brand. Although COVID-19 has been tough on everyone, this competition has provided some much-needed fun for all sim-racers and spectators involved.” says Atloli Lesela, Ford’s brand manager for passenger cars. “We can’t wait to see more of our iconic nameplates racing wheel-to-wheel in the upcoming rounds.”

During the week of Hot Laps registration, tips were shared and online coaching saw racers’ times tumble. The pros encouraged the newcomers to ensure that Ford SA’s #Lockdownlaps would be largely responsible for raising the quality – and recognition – of South African sim-racers. Along with the prizes, climbing up the leaderboard was more than enough reason for competitors to put in long nights and even longer hours of practice.

From these lap times, sim-racers will now be paired into leagues of matching skill level to give everyone a fair chance of scoring the points needed to compete in the final race.

Richard Hering, who has more than ten years of sim-racing hosting and administration to his name had the following to say: “After only two hours the competition reached 200 members on Ford SA’s Discord channel and I truly believe that it illustrates the incredible interest South Africans have in sim-racing as well as for motorsport in general. It’s truly humbling to see this kind of response. From the very beginning one could see the dedication; some of our entrants were completing upwards of 1 400km in laps. Next is the real racing; it’s going to be exciting to see who takes the final top spot.”

After five days of intense Hot Laps qualifying, the fastest Mustang around the Red Bull Ring belonged to 16-year-old Koketso Pilane with a time of 1:35.899, chased by Stephen Wessels and Lorenzo Gualtieri, Pilane’s teammates at EKZ Motorsport, a South African online racing team.

“I have been sim-racing for about nine months, and some of that time as part of EKZ,” says Koketso. “I’m really enjoying the competition so far and I think it’s great to see Ford create a championship for Gran Turismo Sport, especially in South Africa. I was pleasantly surprised by the Mustang’s handling despite it being one of the heaviest Group 4 cars.”

If the opening Hot Laps are anything to go by, the rest of the #LockdownLaps competition is going to be exceptionally close with times separated by the slightest of margins. Heading into the next phase, the top 40 sim-racers in South Africa are held tightly within 1.1 seconds of each other.

The competition now moves to its first race at Laguna Seca on 11 July, with the Ford Focus ST taking on the track’s infamous corkscrew. Points from this race will be carried through to the next round the following Saturday, 18 July. Follow @FordSouthAfrica social media channels and the #LockdownLaps hashtag for more updates, including a  livestream of the final race on 1 August.