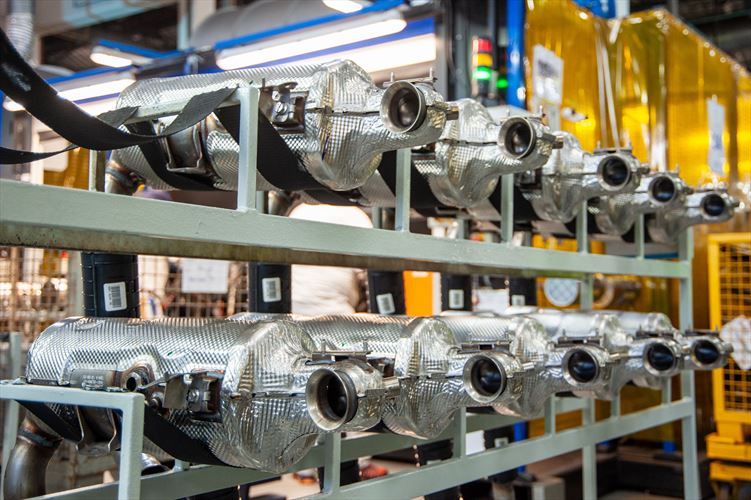 PORT ELIZABETH, South Africa, 24 February 2020 – Ford Motor Company of Southern Africa (FMCSA) is one of South Africa’s top vehicle exporters and the leader in the pickup segment, with the locally assembled Ford Ranger exported to over 100 global markets. It is also a significant supplier of components to Ford manufacturing plants internationally by managing the local manufacturing and export of catalytic converters.

Annually, more than 1.8-million catalytic converters are supplied from South Africa to 25 Ford vehicle manufacturing plants around the world, along with two aftermarket divisions – with more than 18-million units exported over the past decade. The catalytic converter is an essential exhaust emissions control device that reduces toxic gasses and pollutants from diesel and petrol internal combustion engines, thus contributing towards cleaner emissions and reduced environmental impact.

FMCSA has nine local catalytic converter manufacturers – six of which are based in Port Elizabeth, two in Cape Town and one in Germiston – which support Ford’s global vehicle assembly operations for a variety of models. A single supplier located in Ibiden, Hungary, is also contracted by FMCSA to supply customer plants in Europe.

“Catalytic converters have been a crucial part of our export business since this division was established in the mid-1990s,” says Ockert Berry, VP Operations at FMCSA. “The programme ramped up significantly in 2002, and through to the end of 2019 we have supplied almost 37-million catalytic converters to Ford plants around the world.”

“As a highly specialised industry, the catalytic converter business is an important contributor towards investment and employment in the local economy, and currently supports several thousand jobs at our nine local supplier companies.”

Locally manufactured catalytic converters are also shipped to North America for use in the Ford Fusion which is assembled in Oakville, Canada, along with the Transit van produced at the Kansas City plant in the US.