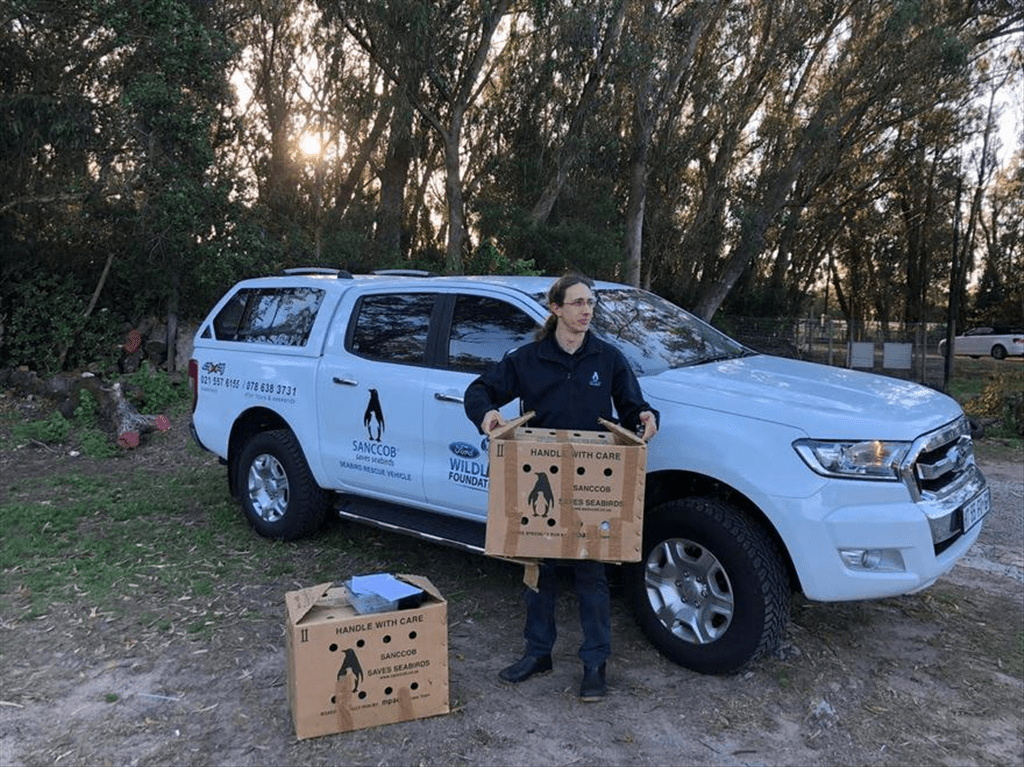 PRETORIA, South Africa, 15 June 2021 – Ford South Africa’s close involvement with the Ford Wildlife Foundation continues to prove that no matter how big or small, the life of every animal on this earth is one worth protecting.

One such endangered species of bird grateful for the careful intervention and trained individuals from the Southern African Foundation for the Conservation of Coastal Birds (SANCCOB) and Robben Island Museum’s Environmental Unit, is the Cape cormorant. Without these two organisations, and other partners, the Cape cormorants’ presence on landmark islands like Robben Island and Jutten Island would have been severely compromised.

Earlier this year and during one of SANCCOB’s regular island patrols, it was reported that hundreds of Cape cormorant chicks had been left unattended by their parents. Factors such as a lack of food, due to low levels of small pelagic fish stocks, as well as hot weather conditions are considered as possible causes. To make matters worse, the Cape cormorant chicks are also preyed upon by other birds.

With the help of the Robben Island Museum, Two Oceans Aquarium and the NSRI, over 1800 Cape cormorant chicks were rescued from Robben Island over three days. A week later, a similar situation occurred on Jutten Island, located off Saldanha Bay on the West Coast, and another 173 Cape cormorant chicks were rescued with the help of SANParks and the PelicanWatch volunteers.

Over the duration of the entire rescue operation, more than 2030 Cape cormorants were admitted to SANCCOB, making it the second largest seabird rescue to have taken place in the Western Cape since the Treasure oil spill in 2000. However due to COVID-19 restrictions, many regard these circumstances as being the most difficult to coordinate.

“Capetonians and even people from further away, including some stranded foreigners, once again came to the rescue and supported the rehabilitation process in any imaginable way,” says Ronnis Daniels, Resource Development Manager “From preparing food for hundreds of hungry beaks, washing load after load of dirty laundry, cleaning pools and pens at SANCCOB or donating items needed, and giving financial support, it was heart-warming to see how people, even during difficult times, come together.”

These hand-reared Cape cormorants, which underwent a plethora of health checks before being softly released back into the wild, have been resighted as far as Elands Bay along the West Coast and Struisbaai east of Cape Agulhas, indicating that the birds have joined wild groups of Cape cormorants following available fish along our coastline. The rescue and rehabilitation is therefore considered a great success and one that Ford South Africa is proud to have been involved in.

Ronnis says, “Over the past two years, the Ford Ranger has helped our organisation transport hundreds of rescued seabirds to our facility in Cape Town and to take them back to the wild colonies for release after their rehabilitation. On a daily basis we need to drive out to collect large amounts of fish and rehabilitation consumables, as well as deploy SANCCOB staff to facilitate critical research. Having a reliable and robust vehicle is imperative for the welfare of the seabirds we care for and we are very thankful for it”.

SANCCOB is also pleased to be opening a new state-of-the-art building in Port Elizabeth, where it has a second facility. The new structure will provide a more efficient space for birds and day to day operations – and accommodate an improved flow of seabirds undergoing rehabilitation. The Eastern Cape facility is perfectly situated to receive injured or sick seabirds from South Africa’s east coast and mostly from St Croix and Bird islands, where there are large populations of endangered African penguins and Cape gannets.