Rowan Atkinson crashes but is ok 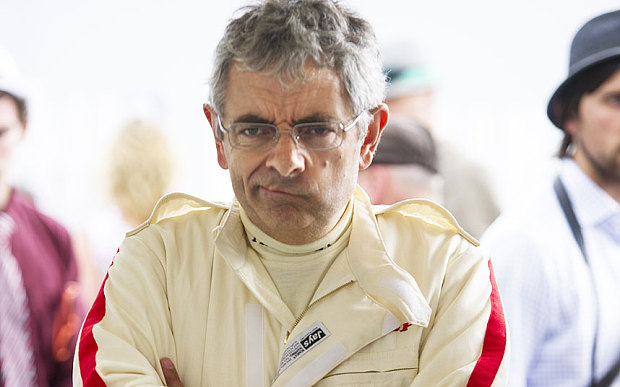 Vintage racing!!! the stakes can be higher than normal. This was experienced at the Goodwood Revival.

With plenty of competitors taking part in this retro racing event in the UK. none other than Rowan Atkinson, the actor perhaps best known for playing Mr. Bean. Driving a classic Ford Falcon Sprint in the Shelby Cup event, Atkinson reportedly crashed head-on into another car on the track.

According to reports, the two cars up spun out. The driver in between managed to avoid a pile-up, but Atkinson couldn’t steer clear and hit the obstructing vehicle. Fortunately Rowan walked away unscathed (and, we imagine, in a humorous manner), but while we don’t know how extensive the damage was to the Falcon, it was enough to take it out of the race.

Atkinson, for those who don’t know, is a certified automotive enthusiast. He regularly drives his McLaren F1 (which he’s crashed a couple of times), sometimes writes for UK car magazines, once topped the Top Gear leaderboard and even convinced Rolls-Royce to lend him its V16 prototype for use on screen in Johnny English Reborn.