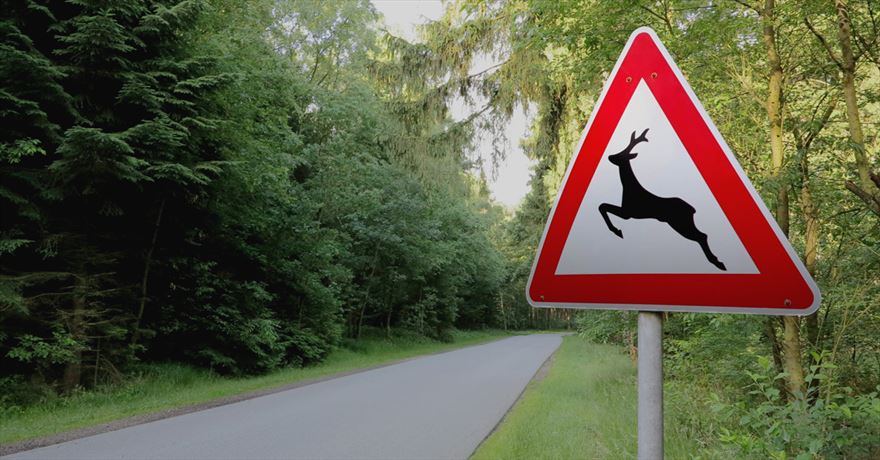 PRETORIA, South Africa, 19 November 2019 – We’ve all driven past the lifeless body of an animal in the middle of or on the shoulder of the road, in our suburbs and cities, on our highways and byways, and in protected areas like game reserves. Family pets, valuable livestock, and myriad species of wildlife – each sentient being, meeting its fate through a tragic impact with a moving vehicle.

But it’s not just animals that are killed in these awful accidents. “Of the 45 human lives lost on our roads every day[i], we estimate that around a third of those are due to collisions with wildlife,” says international award-winning researcher Wendy Collinson-Jonker, manager of the Endangered Wildlife Trust’s Wildlife and Transport Programme (EWT-WTP).

Road deaths account for untold suffering for families, friends, and loved ones left behind. They also come at a huge cost to the economy, which government conservatively estimates at around R166-billion annually.[ii] “The insurance industry pays out claims in the region of R82.5-million each year for wildlife-vehicle-collisions (WVCs) alone,[iii] ” says Collinson. “But the costs to our wildlife, and tourism industry, are never calculated.”

Currently, one in every 22 working South Africans are employed in the tourism sector[iv], which accounts for 2.8 per cent of gross domestic product.[v] “Wildlife is one of the major drawcards for tourists to South Africa,” she continues. “And wildlife tourism is expected to grow significantly by 2030.”

“Unfortunately WVCs are already a common occurrence in our parks,” she adds. “With even more vehicles expected on the roads in the years to come, an anticipated increase in WVCs is obviously cause for serious concern. And if you consider that many of the species being killed in WVCs are already on the Endangered list – like the African Wild Dog – the costs could be very high.”

The fact is, transportation infrastructure affects the structure of ecosystems, all around the world. As more roads are built, and more vehicles take to the roads, the increasing attention of scientists to the ecological effects of road infrastructure has resulted in the emergence of the science of road ecology.

Roadkill researchers working in this field are like police detectives. They gather forensic evidence (roadkill data) at the scene of the crime (accident scene) to build a case (identification of roadkill hotspots). The strength of their evidence will help determine the outcome of the case (implementation of traffic calming measures at specific roadkill hotspots), which ultimately helps inform national policies and legislation for public safety (development and planning decisions around future road design, with the ultimate aim of making the roads safer for all).

“As an NGO, we rely on assistance from our core supporters to be able to do the work we do,” says Collinson. “One of these core supporters is the Ford Wildlife Foundation (FWF), with their sponsorship of a Ford Ranger double cab. Our programme benefits enormously from the use of this project vehicle, since we do a vast amount of travelling, and are active on all roads in the country – from protected areas to regional and national highways.”

“The conservation and preservation of the environment has become a major worldwide issue, dramatically changing the attitudes of consumers and the way large corporations do business,” says says Lynda du Plessis, manager of FWF. “For 30 years, Ford has supported environmental education, research, and conservation projects around sub-Saharan Africa. We announced the FWF in 2014, and are extremely proud to be associated with the likes of the EWT and their Wildlife and Transport Programme. The value that roadkill research adds to the greater discourse on conservation is clearly evident. And it is an honour and a privilege to know that our Rangers are being used to enable these projects to go further, to build a more sustainable future for all.”

So how exactly is roadkill used?

“Using the roadkill data we collect over time, we are able to identify patterns and trends of where WVCs are most common, and when the greatest number of impacts occur – the months of the year, and the times of day or night,” says Collinson. “We can identify migration corridors for different species, and roadkill hotspots where mitigation measures can be implemented for those species most at risk.”

Much of the carnage on our roads happens at night, and if you’ve ever wondered why you’re not allowed to drive around inside game reserves after sunset, this is the main reason.

You’ve probably at some point also wondered why certain animals turn into statues in the middle of the road – that classic deer in the headlights moment – when you’re driving straight towards them.It’s not because they’re stupid; it’s because they are often crepuscular or nocturnal animals, and their vision is different to ours. Because they are mainly active within an hour or so on either side of dawn and dusk, or at night, their pupils fully dilate to capture as much light as possible and optimise their vision in low light conditions. So when you shine a very bright light in their eyes, they become temporarily blinded and will freeze until their eyes can adjust. Unfortunately this may take longer than the time you need to stop your vehicle and avoid a collision.

While many animals do have eyes which are reflective in artificial light – thanks to a mirror-like membrane called the tapetum lucidum behind the retina – which makes them easier to spot in the dark, for taller hoofed mammals like kudu, cattle, and horses, their eyes are above most headlight beams. This means that their eyeshine is less likely to be seen by motorists until it’s too late.

Two (or more) heads are better than one

“Collaboration with stakeholders in the transport sector is integral to the success of our work in terms of building a combined body of knowledge,” says Collinson. “Currently we are in partnership with three of South Africa’s major toll concessionaires, namely Bakwena N1N14 Toll, TRAC N4, and N3 Toll Concession.”

“Input from the public is also hugely appreciated,” she adds. “Anyone with a smartphone can be a citizen scientist. By sending in photographs of roadkill, along with the location, date, and time of the sighting, via email (roads [at] ewt.org.za) or the EWT’s Road Watch app, this helps expand the geographic scope of our study.”