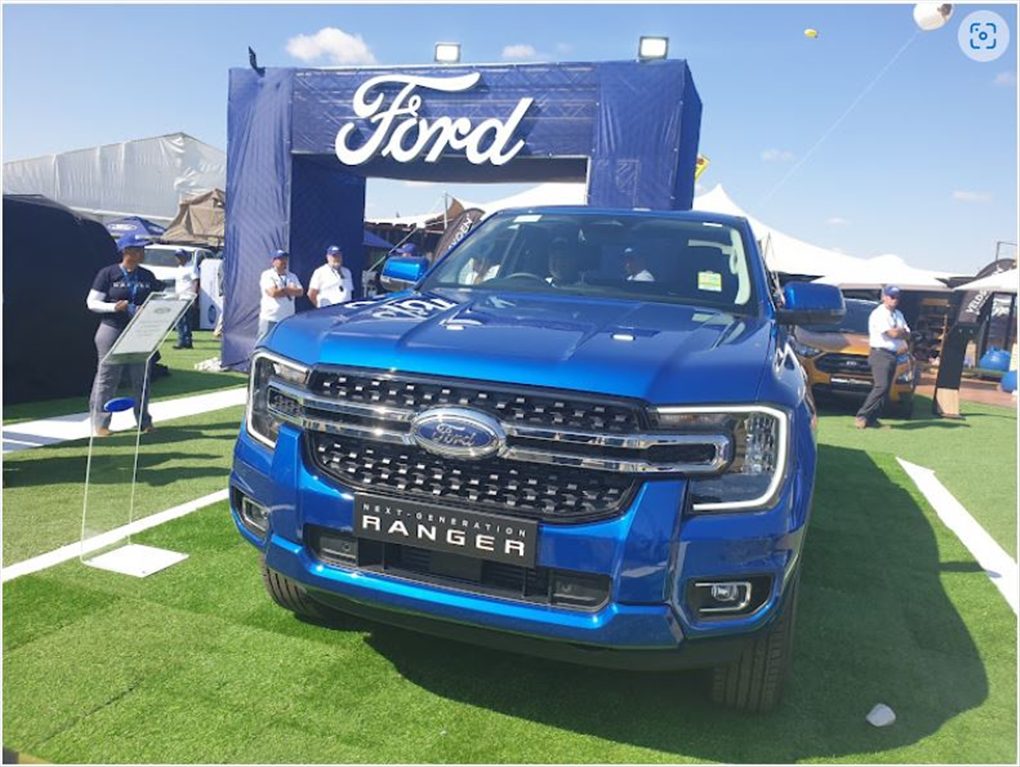 The new-generation Ford Ranger bakkie and its SUV counterpart, the Everest, made their first public appearance in SA this week.

Both vehicles are on show at the Nampo agricultural show near Bothaville in the Free State, which runs from May 16-20. They will go on sale in the fourth quarter of the year at prices still to be announced.

The Ranger is built at Ford’s Silverton factory near Pretoria in an R15.8bn investment, while the Everest will be imported from Thailand.

The duo boasts bold new looks, improved capabilities and the latest technology, and here is a closer look at both vehicles:

The latest Ranger has an arresting new look inspired by the F-Series Ford bakkies sold in the US, comprising a bold new front end with large C-clamp headlamps linked together by a chunky horizontal grille bar.

It has more muscular sides with flared wheel arches for a greater impression of strength. For the first time, the Ranger offers matrix LED headlights.

Inside, a more premium cabin has been created with soft-touch materials, a huge portrait-style 10.1-inch or 12-inch centre touchscreen with Ford’s Sync 4 connectivity and entertainment system, and a fully digital instrument panel to replace the old analogue one. A 360° camera aids with parking or negotiating tricky terrain while out exploring.

A new exterior zone lighting system gives 360° lighting around the bakkie, a handy feature for camping.

The upgraded chassis rides on a wheelbase that is 50mm longer and a track 50mm wider than before. The front wheels are moved forward for a better approach angle, and outboard for better off-road articulation.

The suspension remains independent with coil springs at the front and a live axle with leaf springs at the rear, but updated for a more comfortable ride with increased axle articulation for improved off-road capability.

Headlining the range is the new 3.0l turbocharged diesel V6 with outputs of 184kW and 600Nm. The Ranger will also come with a choice of biturbo and single-turbo 2.0 four-cylinder diesels. The single turbo comes in two different performance levels, offering 110kW and 350Nm, and 125kW and 405Nm. The 2.0l biturbo makes 155kW and 500Nm.

In addition, the new Ranger will be available with the 2.3l EcoBoost four-cylinder turbo petrol engine that powers a number of Ford models including the Mustang.

Transmission duties are to be handled either by a six-speed automatic or a 10-speed SelectShift auto.

There will be a choice of two four-wheel-drive systems: an electronic shift-on-the-fly system, or a full-time 4×4 system.

The 50mm wider load bay takes a full-size pallet, and a new integrated sidestep behind the rear wheels allows the load box to be more easily  accessed. A cargo management system uses dividers to hold various sized items, including smaller ones that would otherwise have to go in the cab.

Taking on the Toyota Fortuner and Isuzu MU-X in a market segment for bakkie-based SUVs, the new Everest has improved on-road comfort with strong off-road abilities. The seven-seater features the same butched-up frontal styling as the Ranger bakkie, with a stronger shoulder line and extended wheel arches brought about by the vehicle’s 50mm wider track. At the rear is a new set of LED tail lamps joined by a light bar that spans the length of the tailgate. As in the Ranger, the cabin has been overhauled for improved of luxury and refinement, and there is reduced NVH (noise, vibration and harshness) for a more serene driving experience.

The 50mm longer wheelbase has increased interior space, and there is improved access to the third row by means of second row seats that slide further forward. All occupants have places to store their personal oddments and, depending on the model, charge their devices with power outlets in all three rows.

The new Everest will be offered in three derivatives: entry-level Sport, mid-tier Titanium and new flagship Platinum, with exact specifications to be confirmed closer to launch.

Ford’s latest generation Sync4 infotainment system has features such as voice-activation, Apple CarPlay and Android Auto compatibility as well as a modem that allows customers to connect to their Everest using the FordPass App.

The engine and transmission line-up is the same as the Ranger’s.

Like the Ranger bakkie, the Everest has a wading depth of 800mm and a braked trailer towing capacity of up to 3,500kg.