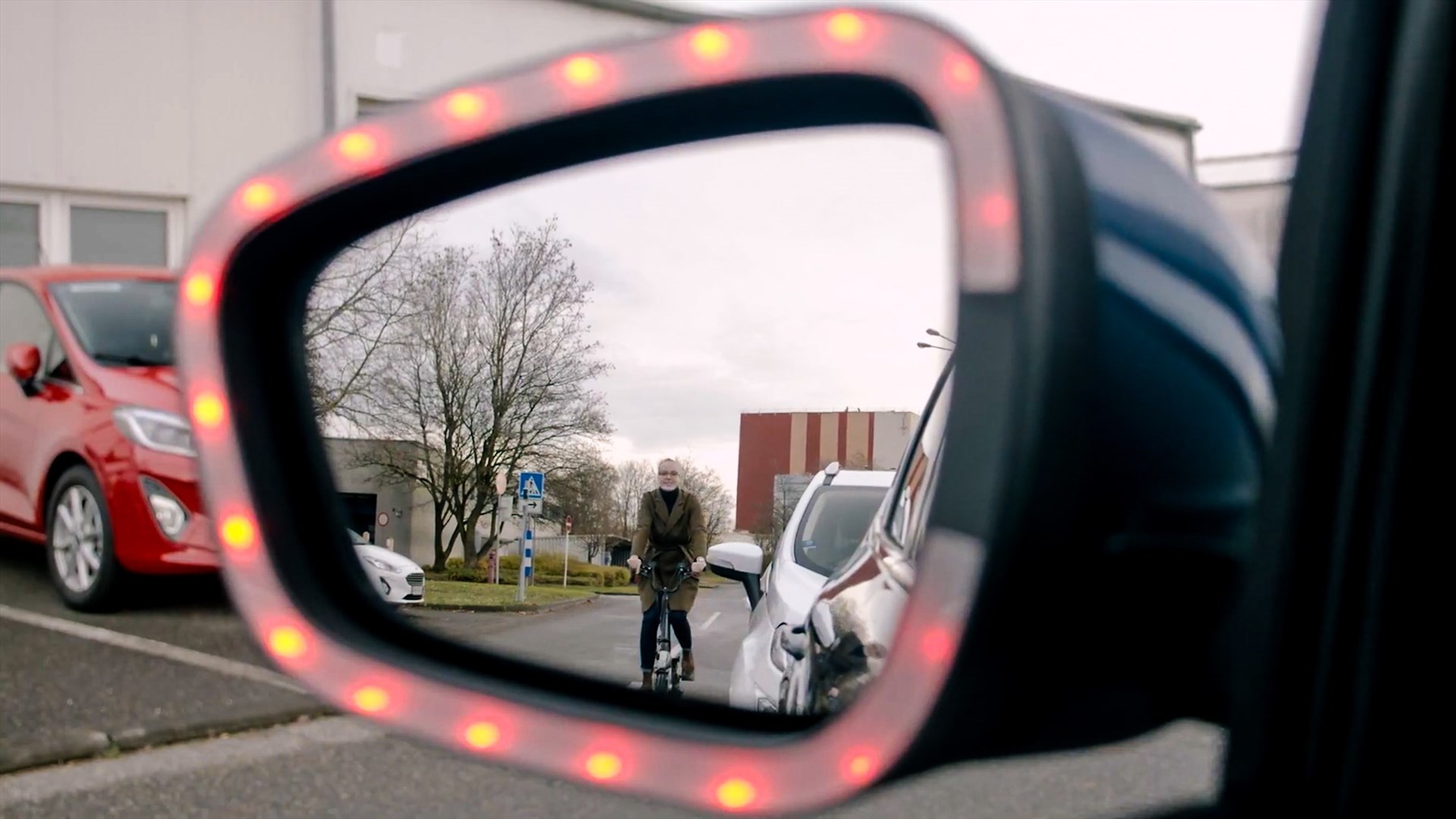 PRETORIA, SOUTH AFRICA, 20 November 2020 – Every year thousands of accidents are caused by drivers or passengers opening a door into the path of a cyclist. “Car dooring” results in 60 cyclists being seriously injured or killed each year in the U.K. alone, while in Germany it was the cause of around 3,500 accidents during 2018.

Now Ford has developed a technology that could one day make it easier to avoid dooring accidents with vulnerable road users that also include motorcyclists.

Exit Warning provides visual and audible alerts to road users and vehicle occupants when it detects that opening the door of a parked car might cause a collision; it could also prevent a vehicle door from opening into someone’s path.

Ford vehicles already feature sensors and technology that can automatically detect and brake for cyclists, and help drivers to know when other road users are passing by their blind spots.

Using these existing sensors, Exit Warning analyses and understands the movements of approaching road users – whether they are riding a bicycle or a motorbike – on both the driver and passenger sides of the vehicle.

If the system detects that opening the vehicle door could cause a collision, an alarm sounds to warn the driver or passenger of the danger. Bright red LEDs on the wing mirror begin to flash as a visual warning for cyclists and a strip of red LEDs along the inner trim of the door – that becomes visible when the door is opened – provides further warning for passing road users.

Engineers are also testing a new mechanism for the car door that momentarily prevents it from fully opening until the Exit Warning system determines the passing road user is safely clear of the vehicle. The vehicle occupant will be able to manually override this feature in an emergency.

Following testing with drivers and cyclists from within Ford, engineers will be conducting customer clinics in the coming months. Part of the testing will be to ensure that the technology accommodates road users in different markets, taking into account right- and left-hand drive vehicles as well as different road and lane layouts.

Ford’s “Share The Road” campaign seeks to foster harmony between road users and underlines the company’s belief that enabling more people to cycle safely, especially for short journeys, benefits everyone.

Ford recently highlighted the challenges of communication between drivers and cyclists – and how smart thinking could potentially ease tensions and reduce accidents. The Emoji Jacket is a one-of-a-kind wearable that features a brightly lit LED mesh panel to display emojis, indicators and the hazard warning symbol. The prototype jacket enables cyclists to more easily and clearly signal their intent – and their feelings – to drivers and other road users.

The company has also produced an award-winning virtual reality experience so that drivers and cyclists can better understand the challenges of each other’s journeys. “WheelSwap” enables motorists and cyclists to see how inconsiderate driving and riding can be at the least hair-raising – and potentially fatal – for their fellow road users. Initial studies show that after undergoing the experience, nearly all participants said they would change their behaviour.