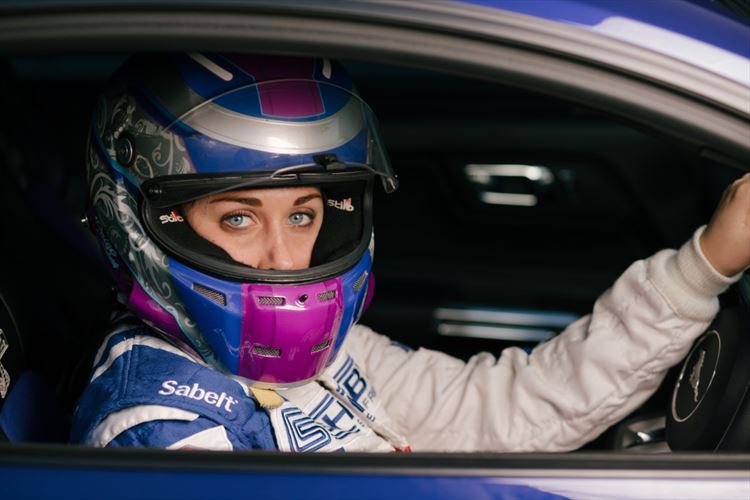 PRETORIA, SOUTH AFRICA, 07 August 2020 – Women have been involved in motorsport from the very start – on the track, in the pits, and behind the scenes. From pioneering drivers like Vicki Wood and Janet Guthrie, to more contemporary competitors like Sarah Fisher and Danica Patrick, women have made their mark on the sport from Detroit to Daytona, and from Indianapolis to Le Mans. And in South Africa too!

Women in motorsport serves as a starting point in an upcoming series of Women’s Month segments that Ford Motor Company of Southern Africa (FMCSA) will be compiling on a weekly basis during August.

In a South African context, three women have forged a tight relationship in racing with Ford. Elvéne Coetzee-Vonk cut her teeth in rallying from a young age as a navigator for various teams and drivers before joining Neil Woolridge Motorsport this year in the South African Cross Country Series (SACCS), competing alongside double champion Lance Woolridge in the a Ford Ranger.

On the tarmac circuits around South Africa, Paige Lindenberg has the same determination at the wheel of the Shelby Ford Mustang as she does in her family-run business at Shelby-South Africa, the official Shelby American mod-shop in Sub-Saharan Africa. Paige has grown up around Ford Mustangs and uses her racecraft to grow the Shelby following in South Africa – you can often see her at various events at the wheel of the 560kW Shelby Super Snake!

This list would be incomplete without the eclectic Clare Vale who continues to prove that no motorsport discipline is out of her reach, or ability. Since 2007, when she became the first woman to race in the premier national WesBank V8 Supercar series, Clare’s contribution to motorsport is so broad that you’d be forgiven for thinking she started well before the age of 40! Ever since then, Clare has been in a hurry to make up for that lost time and has been nominated twice for the Colin Watling Award for service to motorsport.

Elvéne Coetzee-Vonk is a prominent figure in the male dominated world of motorsport. Her calmness and experience in the navigator’s seat have seen her earn the recognition of the country’s best drivers and teams.

Eldest daughter of the legendary Kassie Coetzee, Elvéne spent the best part of two decades attending races with her dad Kassie.  During the late 70’s and 80’s Kassie excelled at rallying in a variety of classes before turning his hand to cross country racing.

Elvéne made her motorsport debut in 2006 as a navigator in the regional championship. Her talent was visible from the outset, and between 2007 and 2010 she gained further experience navigating for notable drivers like Tjaardt Conradie and Etienne Louwrens.

The following year Elvéne was selected to navigate for the versatile Leeroy Poulter. This partnership spanned a period of six years with the pair being crowned SA National Rally Overall champions in 2014 and 2016. In a closely fought 2015 championship Elvéne again claimed the Overall SA National Rally navigators’ title with Leeroy Poulter finishing as runner up in the drivers’ championship. This achievement earned Elvéne the title as the most successful female navigator in South African rallying.

Elvéne had her first taste of cross country racing in the hot seat next to Poulter, and between 2015 and 2018 she shared the cockpit with various drivers in the Special Vehicle category of the SACCS.

“I was extremely thrilled when I was approached by the Neil Woolridge Motorsport team to join the highly respected and multiple cross country Class T champion Lance Woolridge in the Ford Castrol Cross Country Team, and even more delighted when I learnt that we would be contesting the top-level FIA class,” Elvéne said.

The duo had a fantastic debut outing together at the Mpumalanga 400 in Dullstroom in February this year, but the championship was subsequently put on hold due to the COVID-19 pandemic – and Elvéne can’t wait to get back into action with the season finally resumes on 14 and 15 August 2020 with the Bronkhorstspruit 400. “Together with the Ford Castrol Cross Country squad I hope to contribute more silverware to the cabinet,” Elvéne says.

Clare Vale has something of a kaleidoscopic motoring career that’s almost impossible to summarise. Her ambition knows no bounds and she’s considered by many to be a stalwart of South African motorsport, with the records to show for it.

Although Clare’s great uncle was a racing driver (he won Le Mans in 1924, in a Bentley), her involvement in motorsport was restricted to the status of spectator right up until she turned 40.  “I went to Kyalami and did a high speed advanced driving day with Basil Mann. That day really ignited the fire, and I started racing shortly afterwards,” remembers Clare.

After mastering the enormous physicality of the WesBank Series, Clare Vale was never going to be intimidated by a racing car. With that early shot of confidence in her career, Clare moved through the ranks and formulas. She won her first race during the Springbok series at the Killarney circuit in 2006 racing a Shelby Can-Am sports car, and has raced in Production Cars Class A. Clare has also raced in the International Sports Prototype class, finishing 2nd in the championship in 2011, despite missing a number of races.

“I love Fords”, she says. “Everyone already knew me as a Mustang driver from my time in the WesBank V8 class, so it seemed like a no-brainer to stick with Ford and build something different and unique at the same time for drifting.”

Most recently, Clare has become the first woman to participate in the Supadrift Series with the SN95 Black Art Racing Mustang producing 450kW from its V8 engine. “The Ford Mustang is definitely the most popular car I have ever driven. That Ford V8 makes peoples’ hair stand up when they hear it and it has entertained crowds from Cape Town to Windhoek – everyone loves the iconic Mustang.”

“Motorsport is not easy, and I have learned an enormous amount about myself since I started racing. It was tough starting out in a sport where most people had been doing it for decades, and it was also tough being a woman. All eyes are on you, so if you make a mistake or something goes wrong, you can be sure someone is rolling their eyes and muttering about female drivers! However, I have gotten far more out of racing than I have put in.”

Paige Lindenberg’s path through motorsport was illuminated, and mentored, by her father Peter Lindenberg – a 15-time SA Formula One Powerboating Champion and third in the 1989 World Championships. In total her father has been awarded National colours on 39 occasions, and has won 23 National Championships across four different sports, including Springbok colours for water skiing. The last few awarded in motor racing largely responsible for Paige’s own accomplishments at the wheel.

It’s in the genes, as many would say, and Paige quickly climbed up the motorsport ranks and formulas, pairing alongside with her father on multiple occasions. Paige’s first motorsport championship would come at the age of nine in Power Boating World Champs – competing in an age category well above her own – until her father’s near-fatal accident in 2002.

Afterwards Paige continued to nurture her love for motorsport in the Polo regionals. The experience gained there, as well as a period in the grassroots Formula Ford single-seaters, allowed her to join her father in Historics – a fruitful transition that would galvanise the Ford brand and models far into her racing and business future. Her first racing memory in a Ford is at the wheel of the Cortina followed by the nimble and iconic Ford Escort. “I then took a big leap into my dad’s Ford Fairlane,” she remembers. Paige continues to compete in endurance racing with her dad, sharing his Daytona Coupe.

Since then, motorsport has since been engrained in Paige’s life, although that hasn’t fenced her in from finding that adrenaline rush in other places.  As she says, “Follow your dreams, never give up and fight for what you want in life.”

Paige opened her own events company in 2013 and had to fit this in between the completion of her marketing degree as well as training for races. She also spends time helping those less fortunate than herself, working with various charities. She successfully summited Mt Kilimanjaro on Mandela Day in 2018 to raise funds for sanitary pads, to help keep female children in school.

Both Paige and her father Peter were selected to join a four-race International Historic Race Series in 2019 comprising one race in Pretoria, one in Cape Town, one in Netherlands and the last being in England.

These three women of South African motorsport are not alone; whether on dirt, tarmac, two wheels or four wheels, more and more women are reaching the top echelons of motorsport and continue to inspire other women from all backgrounds to do the same.