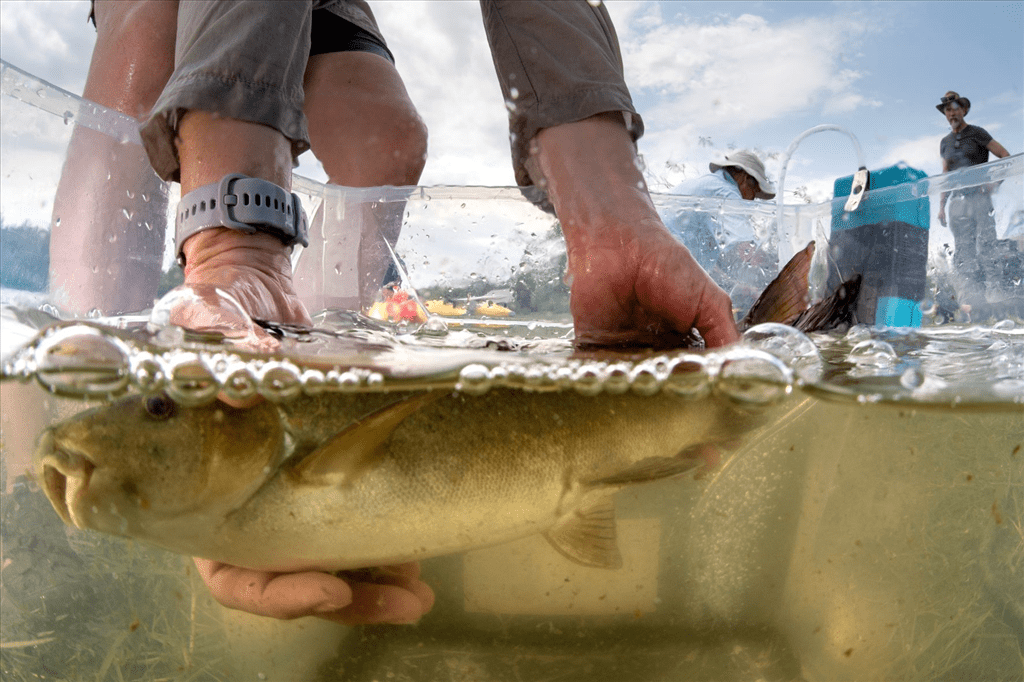 With the assistance of the Ford Wildlife Foundation and the sure-footed capabilities of the Ford Ranger Double Cab 4×4 which has been loaned to the Cape Critical Rivers team for two years, they will work with landowners in the area to improve the health of riverine habitats and thereby conserve some of the region’s most threatened freshwater fish species.

The handover coincides with World Fisheries day, which is celebrated every year on 21 November throughout the world. The day is significant in highlighting the critical importance of water and the lives it sustains. A recent United Nations study reported that more than two-thirds of the world’s fisheries have been overfished or are fully harvested and more than one third are in a state of decline because of factors such as the loss of essential fish habitats, pollution, and global warming. With over half of all fish species living in freshwater, it is crucial the health of our freshwater ecosystems is maintained.

“Our freshwater conservation work often happens in remote catchment areas, and involves transporting people, field gear and fish across rugged terrain. The Ford Ranger will be a game-changer for conserving the Cape’s unique and threatened freshwater fishes and their riverine habitats,” says Dr Jeremy Shelton of the Freshwater Research Centre.

One of the Freshwater Research Centre’s most notable initiatives is the Saving Sandfish project, a programme that aims to increase sandfish survival by rescuing young fish from vulnerable habitats and relocating them to the safety of ‘Sandfish Sanctuaries’ – dams from which alien fish have been removed with the help of local land owners.

The Clanwilliam sandfish, endemic to South Africa’s Olifants-Doring River system which flows through the Cederberg Mountains, is the country’s most threatened migratory freshwater fish. Once widespread throughout the system, its distribution has contracted and fragmented, to the point where it may have disappeared from the Olifants catchment entirely, leading to its Endangered IUCN conservation status. Urgent conservation action is required to prevent the sandfish from going extinct.

Invasive fish species and excessive water abstraction in the lower Biedouw River are just some of the challenges the team have to contend with. However, by relocating the sandfish to a short stretch of alien-free river upstream, and by working with land-owners to remove alien fish from farm dams, they are already reducing the risks to the sandfish population.

In addition to this, the team work closely with farmers to optimise water use and with communities and NGOs to reduce pollution and alien species in order to conserve other species such as the Giant Redfin minnow and the the Barrydale Redfin which is Critically Endangered.

“When we heard about the exceptional work the team at the Freshwater Research Centre were doing we new it would be a great opportunity for us to support with a Ford Ranger,” says Lynda du Plessis, manager of the Ford Wildlife Foundation. “Promoting informed decision-making in support of sustainable and equitable water use is crucial in a water-scarce, biodiversity-rich agricultural region like South Africa.

“By providing the team with a Built Ford Tough Ranger we hope they are even better placed to conserve aquatic ecosystems in the Cape Floristic Region and ensure the survival of the regions’ unique and threatened freshwater fishes.”

For over 30 years, Ford South Africa has actively been involved in the conservation of wildlife and ecosystems in South Africa and Sub-Saharan Africa. The Ford Wildlife Foundation (FWF), which was established in 2014, continues Ford’s long-standing support of conservation projects in Southern Africa through the provision of ‘Built Ford Tough’ 4×4 Ranger Double Cabs to partner organisations. During the two-year loan period, the vehicles are monitored and serviced by Ford’s extensive dealer network to ensure optimum performance and efficiency.