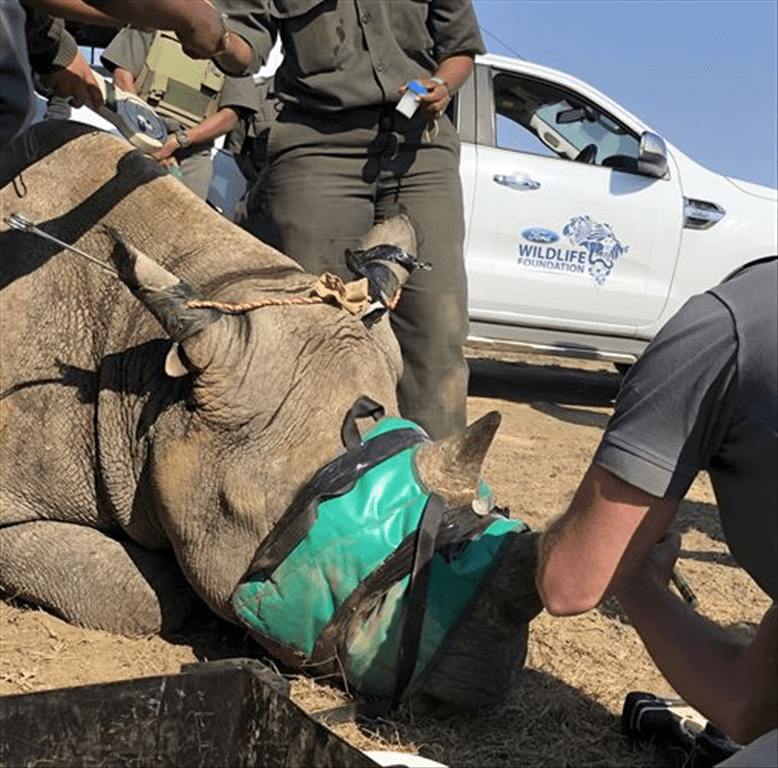 PRETORIA, South Africa, 18 December 2020 – The Ford Wildlife Foundation (FWF) put its support behind this year’s Rhino Peak Challenge (RPC), giving this event a boost in raising as much money as possible for wildlife conservation organisations in South Africa.

The Rhino Peak Challenge (RPC) is a unique conservation fundraiser wherein participants – comprising elite trail runners, everyday heroes and people of influence from the world of conservation, sport, media and entertainment – are invited to ascend the iconic Rhino Peak in the Southern Drakensberg in three teams of 12 participants each.

In doing so, they raise funds for the three beneficiaries of the event: WildlifeACT (WACT), The Endangered Wildlife Trust (EWT) and Ezemvelo KZN Wildlife (EKZNW). Over the past four years more than R1.5m has been raised for these vital institutions.

This year, the Ford Wildlife Foundation, which supports 25 wildlife conservation, research and education projects across Southern Africa, pledged R66 000 to the EWT team’s fundraising efforts, helping the Rhino Peak Challenge raise a total of R907 201 – the largest amount to date.

“The Rhino Peak Challenge is a unique and inspiring way to raise funds for conservation, while also celebrating the incredible natural beauty of our country,” says Lynda du Plessis, manager of the Ford Wildlife Foundation. “We were delighted to be invited to partner with The Endangered Wildlife Trust this year, and help achieve a new record for funds raised in a single year.

“Well done to everyone who participated, not only for taking on this extreme physical feat, but for going all-out to raise as much funding as possible to support the crucial work these wildlife organisations do to protect our precious natural resources, animals and habitats,” Du Plessis adds.

The 2020 RPC took place on 12 December and saw 36 RPC ambassadors taking on extreme weather and plummeting temperatures on their way to the summit at 3 000m. With a spirit of camaraderie and, of course, a measure of competitiveness, the participants showed grit and determination to complete the challenge and secure funds for the above-mentioned conservation organisations, with a particular emphasis on rhinos, vultures and cranes.

The Ford Wildlife Foundation congratulates all participants, with a special mention for this year’s winners:

Admire Muzopambwa completed the ascent in 3 hours 07 min. He is a private chef based in Johannesburg and a father of three girls
Marion Lieberich finished in 3 hours 54 min. She is a veterinarian, currently working as a postdoctoral fellow, researching options to improve the wellbeing of rhinos during translocations

This year’s biggest fundraisers were:

Brett Campbell from team WlidlifeACT, who was the highest overall fundraiser: R45 451
Lauren Canham raised the most for the EWT team: R35 680
Lucy Lamb secured the most funds for the RMA team: R40 716
Tyra Bolton was the RPC ambassador who secured the most donations

For more information on the Ford Wildlife Foundation, visit: https://www.ford.co.za/about-ford/wildlife-foundation/