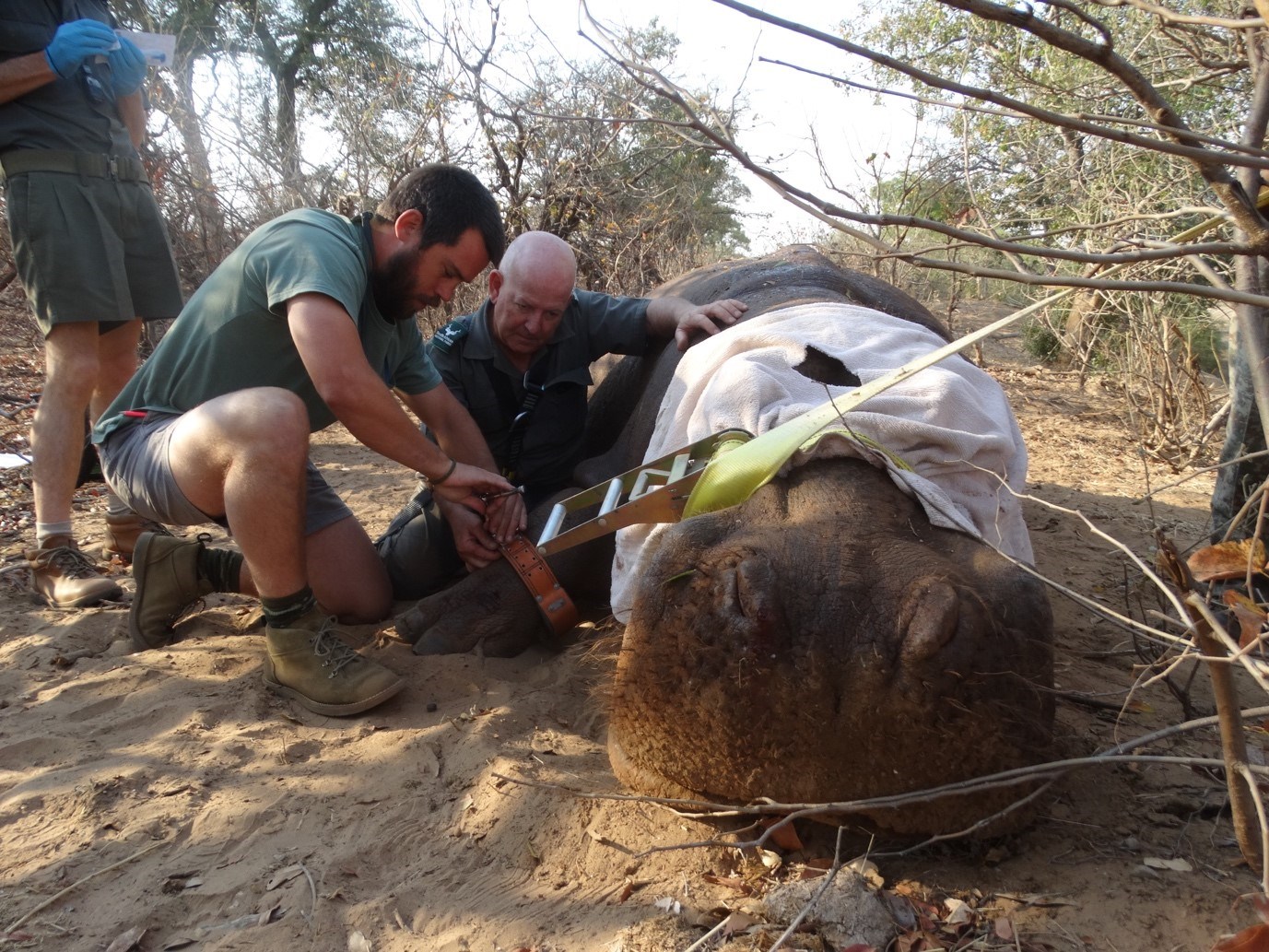 PRETORIA, South Africa, 26 November 2020 – The Ford Wildlife Foundation (FWF) has provided a locally assembled Ford Ranger to the University of KwaZulu-Natal (UKZN) School of Life Sciences Pietermaritzburg campus to aid in its collection of biological information on the Hippopotamus amphibious, or hippo as it is commonly known. Despite being an iconic African megaherbivore, until recently, relatively little research has been conducted on hippo ecology and behaviour.

Through the support of the Ford Wildlife Foundation, which has provided the UKZN School of Life Sciences with a Ford Ranger Double Cab 4×4 for a minimum of two years, the UKZN hippo research team will be better equipped to gather crucial data for ongoing hippo conservation management and monitoring. In addition to providing valuable information to benefit the conservation of hippo across the African continent, the team is addressing issues such as human-hippo wildlife conflict and hippo impacts on freshwater resources and fisheries in South Africa. Hence, this project will contribute to a growing body of knowledge and increases the overall understanding of this important but understudied species.

“We are most grateful for the Ford Wildlife Foundation’s continued support of field research,” says Professor Colleen Downs, of the Downs Research Lab at the UKZN Schoos of Life Sciences. “Globally there has been a decline in field research, often because of the associated travel costs and difficulties in getting to field sites. The COVID-19 pandemic has further exacerbated this, yet conservation measures for wetland species living in regions of the world where logistic or economic constraints curtail field research is more important than ever.

“Accordingly, the Ford Wildlife Foundation is making a major contribution to our research capabilities with its vehicle support. Having a capable Ford Ranger 4×4 will enable the researchers to access various research and field sites across several provinces,” Downs explains. “This will allow them to traverse the diverse terrains found within and outside of South African protected areas to access hippo field sites regularly.”

Since 2015, the UKZN School of Life Sciences has been contributing important research focused on quantifying elements of hippo behaviour to better understand their ecological role in South African aquatic and terrestrial systems. This research has included assessing hippo home range, patterns of space use and activity in semi-rural rivers and lakes, as well as in the internationally important hippo populations in South African national and provincial parks. As a consequence of the impacts of climate change as well as human population increases across Sub-Saharan Africa, their work has also focused on understanding how these impacts, including extended droughts and human-hippo conflict, have driven significant global hippo population declines since the 1990s.

The team has already played a pioneering role in developing novel hippo capture methods and were the first to use GPS transmitters to assess temporal changes in hippo habitat use and preference within protected areas and neighbouring farms along their boundaries in Southern Africa. Additionally, their utilisation of drones in the monitoring of important and threatened hippo populations in South African national and provincial parks had detailed the cost benefits of these methods, especially in the context of under-resourced conservation organisations here and elsewhere in Africa.

This is the second UKZN School of Life Sciences project supported by the Ford Wildlife Foundation. The FWF also generously provides a Ford Ranger Double Cab 4×4 to a project focused on the impacts of changing land use on biodiversity, particularly on birds and mammals, and the ecology and conservation of vultures in Southern Africa.

“We are delighted to further support the commendable work the university does, empowering the team to access the remote and often unchartered terrain to conduct important and valuable hippo research,” Mashinini adds. “This is central to several of our ‘Live the Ranger Life’ brand values, including pitching in to help others, tackling challenges head-on, and carving a path even where this isn’t one.”

For over 30 years, Ford Motor Company of Southern Africa (FMCSA) has actively been involved in the conservation of wildlife and ecosystems in South Africa and Sub-Saharan Africa. The Ford Wildlife Foundation (FWF), which was established in 2014, continues FMCSA’s long-standing support of conservation projects in Southern Africa through the provision of ‘Built Ford Tough’ 4×4 Ranger Double Cabs to partner organisations. During the two-year loan period, the vehicles are monitored and serviced by Ford’s extensive dealer network to ensure optimum performance and efficiency.