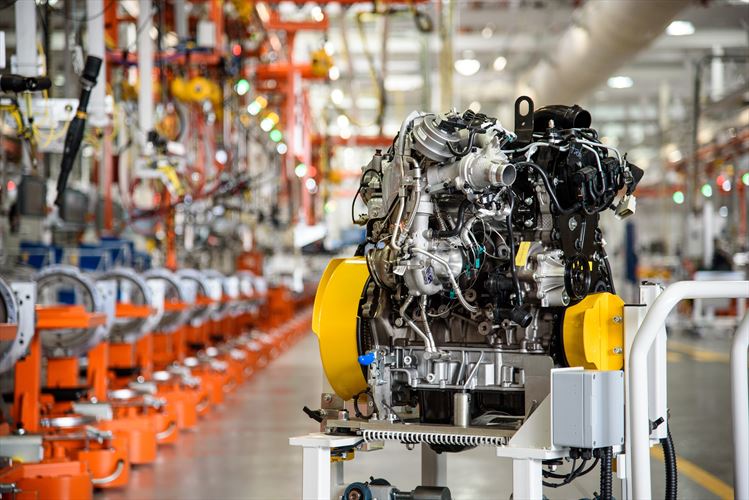 PORT ELIZABETH, South Africa, 19 August 2020 – Ford Motor Company of Southern Africa (FMCSA) has once again been recognised as one of the Eastern Cape’s leading exporters after scooping two Exporter of the Year awards at the annual Exporters Eastern Cape event – held virtually on Friday 14 August 2020 due to the COVID-19 lockdown – which also celebrated the organisation’s 40th anniversary.

The Ford Struandale Engine Plant, which produces two diesel engines for the domestic market and export customers around the world, received the Best Exporter OEM award for the fourth time, after previously earning the title in 2013, 2015 and 2018.

It also received the IDC Job Creation Award for the second consecutive year, reaffirming Ford’s commitment to employment, as well as skills development through its various learnership, apprenticeship and experiential training programmes.

“It is a great honour to win the Best Exporter OEM category for the fourth time,” says Ockert Berry, VP Operations at FMCSA. “This award acknowledges our continued investment in our local operations, and our drive to be globally relevant and competitive.”

Fully assembled engines and machined components are exported to several markets in Europe, South America and Asia. The Struandale Engine Plant also supplies all of the engines used in the production of the Ford Ranger and Everest at Ford’s Silverton Assembly Plant in Pretoria – for domestic sales and exports to over 100 markets globally.

“Approximately two-thirds of our vehicle production is exported, so the Struandale Engine Plant’s total direct and indirect exports make up the overwhelming majority of its business, and has helped make the Ford Ranger the top-ranked light commercial vehicle exported from South Africa, and the top-selling pickup in Europe,” Berry adds.

At the end of 2018, the Struandale Engine Plant officially launched the all-new 2.0-litre Bi-Turbo and 2.0 Single Turbo engine platform, with production progressively ramping up during 2019 for the subsequent launch of the new Ranger, the first-ever Ranger Raptor high-performance off-road pickup, as well as the updated Everest seven-seater SUV in the first half of last year.

The new assembly line has an installed capacity for producing up to 120 000 engines per year, and incorporates Ford’s latest, state-of-the-art manufacturing processes that guarantee the highest standards of workmanship, product quality and performance. The advanced sub-assembly line for the cylinder head features four automated robotic stations that ensure maximum precision in the fitment of parts.

“The introduction of the new assembly line for the new-generation 2.0 Bi-Turbo and 2.0 Single Turbo engines was instrumental in ensuring the sustainability and future of the Struandale Engine Plant in conjunction with the existing 2.2 and 3.2-litre Duratorq TDCi component machining and engine assembly programme,” says plant manager, Shawn Govender.

The Duratorq TDCi engine programme has an installed capacity for up to 130 000 fully assembled units per year. The Struandale Engine Plant also machines cylinder heads, blocks and crankshafts for the Duratorq TDCi engines, with an installed capacity of up to 280 000 component sets per annum. The component sets are used for local engine assembly and export to customer Ford plants in Argentina and Thailand.

“With the benefit of running two engine programmes, we have been able to absorb many of our Learnership and Apprenticeship Programme graduates into our production teams on the two assembly lines under the guidance of our most experienced production managers, process coaches and team leaders,” Govender explains. “This has enabled us to seamlessly expand our volumes and meet our production targets.

“Receiving the IDC Job Creation award for the second year in a row is a great achievement for our team, and acknowledges the extensive work that has been done to expand our operations with the new diesel engine while maintaining our existing Duratorq TDCi machining and assembly programme,” he concludes.