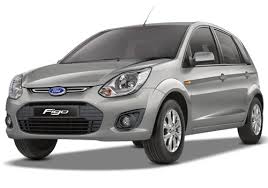 Ford SA hits record sales in September with 7269 vehicles sold , recording a year-on-year improvement of 26%. As a result, Ford also posted a record market share of 13.4% this year.

“Setting a new sales record in South Africa is testament to the growing portfolio of cars trucks and SUVs that we continue to offer our customers here. Earlier this year we entered new territory when we broke the 6 000 sales milestone for the first time,” said Rob Crouse, General Manager, Ford Motor Company of Southern Africa. “We will continue to work hard to deliver the best service and a world class line-up of vehicles and technology that our customers want and value.

Naamsa reports industry sales are up 11.5%, year-on-year, and the total industry sales year-to-date are down 2.6%. Naamsa has also reported that the domestic market was expected to register a decline, in volume terms, of between 4% and 5% compared to 2013.

Ranger set another all-time record with sales totalling 2629 trucks, cementing its second position in the Light Commercial Vehicle (LCV) market. To date, Ranger has set all-time sales records six times in 2014 and its desirability among buyers has helped it be a consistent best-seller.

Fiesta sales were the highest since September 2005, with the compact hatchback moving more than 1238 vehicles sold in September. Boasting smart technologies including SYNC® and EcoBoost®, more consumers are finding value in a modern vehicle that meets their mobility requirements while remaining fun to drive.

“We’re offering consumers vehicles with the type of technologies that are easy to use, and complement their daily lives,” said Crouse. “Ranger and Fiesta remain sought-after, long after their initial launches – clearly buyers continue to find value thanks to these features.”

Another vehicle equipped with an award-winning EcoBoost engine is the EcoSport compact SUV. In September it continued its segment leadership, with 788 vehicles sold and the entry-level Figo achieved sales of 1 511 vehicles.