Ford Ranger is the Best-Selling Used Car in South Africa 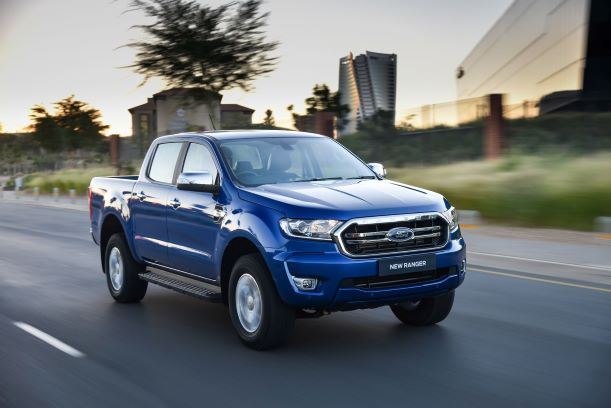 PRETORIA, SOUTH AFRICA, 12 August 2020 – The Ford Ranger asserted its dominance in AutoTrader’s annual Car Industry Report, by finishing as the top-selling used vehicle model overall – and the fifth most searched vehicle in South Africa for the period July 2019 to June 2020.

As a percentage, Ranger contributed 4.7-percent of all used cars sold in South Africa and generated 8.3-million searches in the aforementioned period. The Ford Ranger is consistently one of the best-selling new vehicles in South Africa and this accolade complements and completes Ranger’s overall value offering in the South African market.

Over a 28-year history, AutoTrader has established itself as a trusted benchmark in the used car marketplace. The 2020 AutoTrader Car Industry Report provides insight into which makes, models and – for the first time in South Africa – which variants (including trim levels) are important to car-buying consumers.

“The top-selling used Ranger derivative is the 2.2TDCi Double Cab Hi-Rider XL; it is the most popular Ranger by far. It retails for an average selling price of R260 673, the average mileage is 90 596 km and the average year of registration is 2015. The Ranger is especially popular in Gauteng, with that province representing 55,02% of total Ranger sales while the double cab is the most popular body type, accounting for 68,86% of sales,” reveals George Mienie, AutoTrader CEO.

Not far below the Ford Ranger, the Ford EcoSport and Fiesta were also included in AutoTrader’s top 10 used car sales, with the EcoSport being the only compact sport utility vehicle (SUV) to fare this high up. This diverse trio of nameplates provides compelling evidence that Ford products have lasting quality and widespread appeal throughout the years.

“Although we are often reminded and proud of Ranger’s solid performance in the new vehicle space, seeing it come out at the top in the AutoTrader report shows the confidence that consumers have in our product. This is especially reassuring despite COVID-19, when sales are generally deflated compared to previous months. To prove this, very much against the trend, June 2020 reflected 174 more sales through the Ford dealership network on used cars versus June 2019.”

Eben attributes Ranger’s success to a number of factors. “I believe it’s a combination of the Vehicle Loaner Programme getting customers to drive our Rangers when their vehicle is in for repairs, and dealers doing more for their customers. In addition, FMCSA’s holistic Consumer Experience takes a cross-departmental and cross-functional approach to ensure that customers have the best vehicle ownership experience. The engineers at Ford’s Silverton plant are also committed to delivering vehicles with the highest overall quality.”

The new Ranger is class-leading when it comes to fuel economy thanks to its modern turbodiesel engine and 10-speed automatic gearbox. During the 2019 WesBank Fuel Economy Tour the Ford Ranger, powered by the new-generation 2.0 Single Turbo engine matched to the 10-speed automatic transmission, proved its status as the most economical bakkie in its segment. The Ranger recorded an exceptional average fuel consumption of 6.81l/100km – in the process beating rivals from Mitsubishi, Nissan, Toyota and Mahindra. These exceptional figures are of renewed importance when reviewed against the recent hikes in fuel prices that are almost back to previous highs.

For the many South Africans seeking an additional revenue stream during COVID-19, a bakkie that offers the comfort and safety of a passenger car is the obvious choice for operating a side hustle business. With a payload up to 1 135kg, as well as a towing capability of up to 3 500kg, the Ford Ranger is recognised by thousands of South Africans as an essential multi-purpose asset to driving entrepreneurship, employment and the economy at large.

For the AutoTrader editorial team, the outcome was well-received. Preceding the results, the team had used the AutoCentral podcast to agree that the Ford Ranger Wildtrak is the best double cab on the market. You can listen to this show and more details surrounding that verdict using the link here.

With the recent tweaks and upgrades to Ford Approved there’s plenty of reason to believe that Ranger will retain its place as the top-selling used vehicle in South Africa. Ford Approved now includes 90 dealers countrywide and provides the peace of mind that the pre-owned vehicle experience is fully backed by Ford Motor Company, with the right finance options all under one roof.

The revamped website (www.fordapproved.co.za) arrives at just the right time as more customers do their research online. The Ford Approved site incorporates a useful trade-in page, where owners can enter the details of their current vehicle and submit this information to their preferred Ford Approved dealer. The customer will then receive a call from the dealer to discuss the trade-in and purchase of a replacement vehicle.