Home - Ford Partners with SANCCOB to Save the Endangered African Penguin

Ford Partners with SANCCOB to Save the Endangered African Penguin 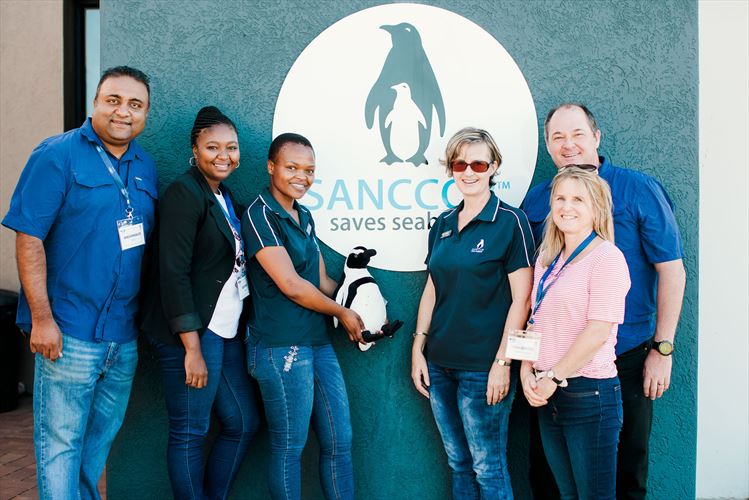 PORT ELIZABETH, South Africa, 19 February 2020 – On 19 February, as part of a two-day business and media event hosted by Ford Motor Company of Southern Africa (FMCSA) at its Struandale Engine Plant in Port Elizabeth, guests were taken on a tour of the SANCCOB PE seabird rehabilitation centre, 20 km away.

SANCCOB – the Southern African Foundation for the Conservation of Coastal Birds – is a marine conservation non-profit organisation (NPO) established in 1968, with the aim of rescuing, rehabilitating, and releasing ill, injured, abandoned, and oiled seabirds.

It is internationally recognised for the role it played in the rescue of 40,000 African Penguins during the massive ‘MV Treasure’ oil spill in 2000, when the iron ore tanker sank between Robben Island and Dassen Island. And it is recognised by the South African government as the leading oiled wildlife response organisation in the country’s National Oil Spill Contingency Plan.

SANCCOB’s research team provides data on the status of Southern African seabirds admitted for rehabilitation – providing valuable information on the occurrence of oiled birds, birds entangled in fishing line, birds affected by pollution, and other threats to their survival. This data is shared with other researchers, and government organisations, and is used in conservation planning. 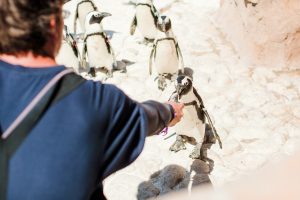 SANCCOB is proudly powered by Ford

For over 30 years, FMCSA has been actively involved in the conservation of wildlife and ecosystems in South Africa and sub-Saharan Africa, investing almost R40-million to support more than 170 projects to date.

The Ford Wildlife Foundation (FWF), which was established in 2014, continues FMCSA’s long-standing support of conservation projects in Southern Africa through the provision of ‘Built Ford Tough’ 4×4 Ranger Double Cabs to partner organisations, such as SANCCOB. During a loan period of two years, the vehicles are monitored and serviced by Ford’s extensive dealer network to ensure they operate at peak efficiency.

“It really is such an honour for us to be able to assist project teams with a Ranger for the effective implementation of their environmental education, research, and conservation initiatives,” says Lynda du Plessis, manager of FWF. “These exceptionally capable, safe, and dependable vehicles are built at Ford’s Silverton assembly plant in Pretoria, and are equipped with an advanced new diesel engine, assembled at Ford’s Struandale engine plant in Port Elizabeth.”

“We currently have 25 Rangers on loan to partner organisations,” she continues. “And we’d like to take this opportunity to thank SANCCOB for their unwavering commitment to the care of our seabirds, particularly their tireless efforts to ensure the sustainability of the endangered African Penguin, as well as three other endemic endangered seabirds – the Cape Gannet, Cape Cormorant, and Bank Cormorant.”

Plight of the endangered African Penguin

African Penguin populations in the wild have declined by an alarming 95 per cent over the past 200 years. From a global population of roughly four million birds at the beginning of the 19th century, to just 20,000 breeding pairs today, it is estimated that, at the current rate of decline, African Penguins in the wild could be extinct within the next two decades.

“We’re in a race against time here,” says Hedwich Tulp, Resource Development Manager at SANCCOB. “So we’re incredibly grateful to the FWF and their loan of our amazing Ford Ranger, which is instrumental in allowing us to carry out some of our most important work, often in remote locations with challenging terrain.”

African Penguins breed at 29 locations in Namibia and South Africa, mostly on islands along the coast, but also at two mainland colonies in South Africa – Stony Point in Betty’s Bay and Boulders Beach in Simon’s Town. Currently half of South Africa’s African Penguin population is found at Bird Island and St Croix Island, both in Algoa Bay, which was recently approved as a Marine Protected Area (MPA) by the South African Cabinet because of its significant marine biodiversity value.

In December 2019, SANCCOB appointed an Addo Elephant National Park MPA Seabird Monitor in this MPA. In partnership with, and as part of the SANParks’ ranger team, he monitors the most important breeding colony in South Africa, and transports abandoned chicks to the SANCCOB PE centre.

“Since the establishment of our Chick Rearing Unit (CRU) in 2011, where we focus on the rescue of abandoned African Penguin eggs and chicks, we have successfully hand-reared and released over 7,000 penguin chicks back into the wild,” says Tulp. “And now with the FWF’s help, our rehabilitation staff, and our penguin and seabird rangers at crucial breeding colonies, will be able to rescue, hand-rear, and release at least 400 penguin chicks annually.”

“Our task remains huge, but we’re surrounded by ordinary people doing extraordinary things,” she concludes. “From our board directors who give so generously of their time and expertise, to our staff who work with such integrity and compassion, and of course all our wonderful, passionate volunteers. We remain determined in our mission, and committed to our vision to bring these vulnerable creatures back from the brink of extinction.” 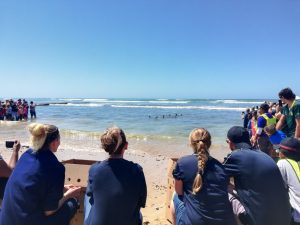 Located in the 366-hectare Cape Recife Nature Reserve on Marine Drive in Summerstrand, with its pristine beach and almost 170-year-old lighthouse, the SANCCOB PE centre is open to the public. It includes a brand new purpose-built rehabilitation pool with six pens. And its seabird hospital includes a surgical theatre and Intensive Care Unit (ICU).

There are many great opportunities for adults and kids alike to get involved in conservation efforts at the centre, through the contribution of funds, time, or talent. For more information, please visit www.sanccob.co.za.