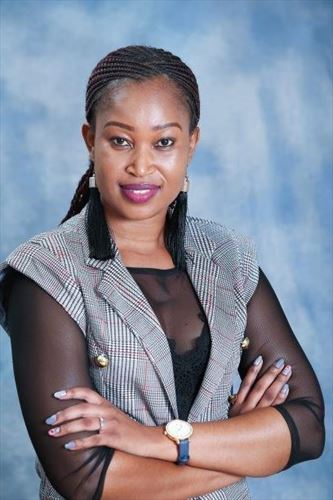 Pretoria, South Africa, 28 May 2020 – Henry Ford pioneered numerous innovations in the automotive industry, most notably the integrated moving assembly line introduced in 1913, which reduced the time to build the legendary Model T from 12.5 to 1.5 hours. This not only contributed to significantly increased production volumes, but also helped to dramatically reduce the price of the motor car – making what was previously only affordable to the wealthy also accessible to the general public.

“The purpose of any company should be to make people’s lives better. Otherwise, it shouldn’t exist.” Bill Ford, Executive Chairman, Ford Motor Company.

International Workers Day, celebrated annually on 1 May, acknowledges the key role that workers play in driving growth and prosperity for business, and in the broader economy. The concept has been expanded into Workers Month spanning the entire month of May to pay greater tribute to the men and women that keep the wheels of industry turning.

More than 106 years since Henry Ford’s most noteworthy and successful production innovations were implemented, the company continues to empower its workforce by creating opportunities for personal growth and career development across all facets of its business.

Ford employs over 4 300 people in South Africa at its two local plants: the Silverton Assembly Plant in Pretoria, which assembles the Ranger, Ranger Raptor and Everest for domestic sales and export markets, and the Struandale Engine Plant in Port Elizabeth which produces engines and components for local and export customers.

It also has a high proportion of employees with an impressively long track record. At the Silverton Assembly Plant, 42 percent of its workforce have notched up a decade or more of service, of which 7 percent have been with the company for between 20 and 29 years, with the same percentage of employees having served for a remarkable 30 years or more.

Almost 32 percent of employees at the Struandale Engine Plant have achieved similar long-serving status, including 20 percent with between 11 and 20 years, over 8 percent who have completed up to three decades, and 3.6 percent that have worked at Ford for 30 years and above.

“The number of long-service employees is exceptional, and shows how we are very much a Ford family that has grown the business together, with each one of our dedicated staff helping us to become a global leader for Ranger production and exports, and one of the biggest manufacturers in South Africa,” Berry states.

Two employees, profiled here for Workers Month, have shown significant growth within Ford Motor Company: Dorah Mmekwa from the Pretoria plant, and Mpumelelo Nqebe from the Port Elizabeth plant – both of whom have spent their entire careers working for Ford, starting as trainees and operators respectively, and now occupying management positions. We pay tribute to their journeys with Ford, and celebrate their success during Workers Month.

Dorah Mmekwa began her career at Ford in 2009 as an Industrial Engineering graduate trainee, after which she was hired as an hourly employee as Process and Industrial Engineering technician on the Silverton plant’s Trim, Chassis and Final (TCF) line in 2010. She was soon moved into the Quality department, and was responsible for dealing with external data and warranty claims, while helping to monitor and resolve quality issues for the manufacturing operations.

A move to Paint Shop in 2015 came with a promotion to Senior Process engineer, focusing on continuous improvement of processes and products. In 2018 she was appointed as Lead Process coach within the Production department in the Paint Shop, to ensure that standardised processes are followed, and daily production targets are met.

“Ford has given me the platform to expand my knowledge and experience, and learn every step of the way,” Mmekwa says. “I was assigned mentors to groom and coach me in the various areas of the business, and to prepare me for my next job assignments.

“The continuous training and skills development opportunities provided by Ford have helped increase my knowledge and understanding of my various functions, roles and responsibilities. I went on a special six-month assignment to learn more about maintenance, as I had little knowledge or experience regarding the Maintenance Operating System (MOS) that is crucial to keep the plant running efficiently,” she adds.

“Ford has also provided regular assessments to help me identify my strengths and weaknesses as part of the Individual Development Planning (IDP) process. This helps employees achieve personal objectives while making meaningful contributions to the business,” Mmekwa explains.

“I am very grateful to Ford for the 11 years I have spent with the company so far, and for the opportunities I have been given to develop on a personal level and in my career.”

Mpumelelo Nqebe has enjoyed an equally impressive journey at Ford, having started out as an hourly employee working as a machine operator on the cylinder block machining line for the RoCam engine in 2001. A year and a half later he took on a finance role as a specialist clerk before relocating to Pretoria in November 2005 to work as Paymaster for hourly employees.

In 2007, he was appointed as Fixed Assets analyst, followed by a stint as Cost analyst for the Labour and Overheads division of the Finance Department from 2010 to March 2014. For the next 12 months he worked as Manufacturing Profit Consolidation analyst before being appointed as Plant Controller for the Silverton Assembly Plant for a period of two years.

In April 2017 he relocated back to Port Elizabeth as Plant Controller for the Struandale Engine Plant, where he heads up the Finance department and is responsible for managing cost controls, budgeting, forecasting and the facility’s business plan. Currently in his 19th year with Ford, Nqebe is an integral part of the plant’s leadership team.

“Ford has been great to me, giving me my first job as a machine operator, and affording me the opportunities to grow and develop career-wise, and as a person,” Nqebe says. “It hasn’t always been easy, but the company has always supported me by providing the necessary training and skills development as I progressed into new roles with increased responsibilities.

“Having now returned to Port Elizabeth where my journey started with Ford almost 19 years ago, I am grateful to be part of the leadership team and working to not only ensure that we can maintain the current business, but also working towards securing new opportunities for the Struandale Engine Plant to ensure a sustainable business for our plant, our employees and their families,” he states.

While Mmekwa and Nqebe are just two examples of long-serving employees that have done the company proud, there are many others across the organisation that have remained firmly committed to the Ford brand, and have contributed to its proud South African legacy as one of the country’s leading vehicle manufacturers and top exporters.

For more information on Ford’s innovations and history, visit: