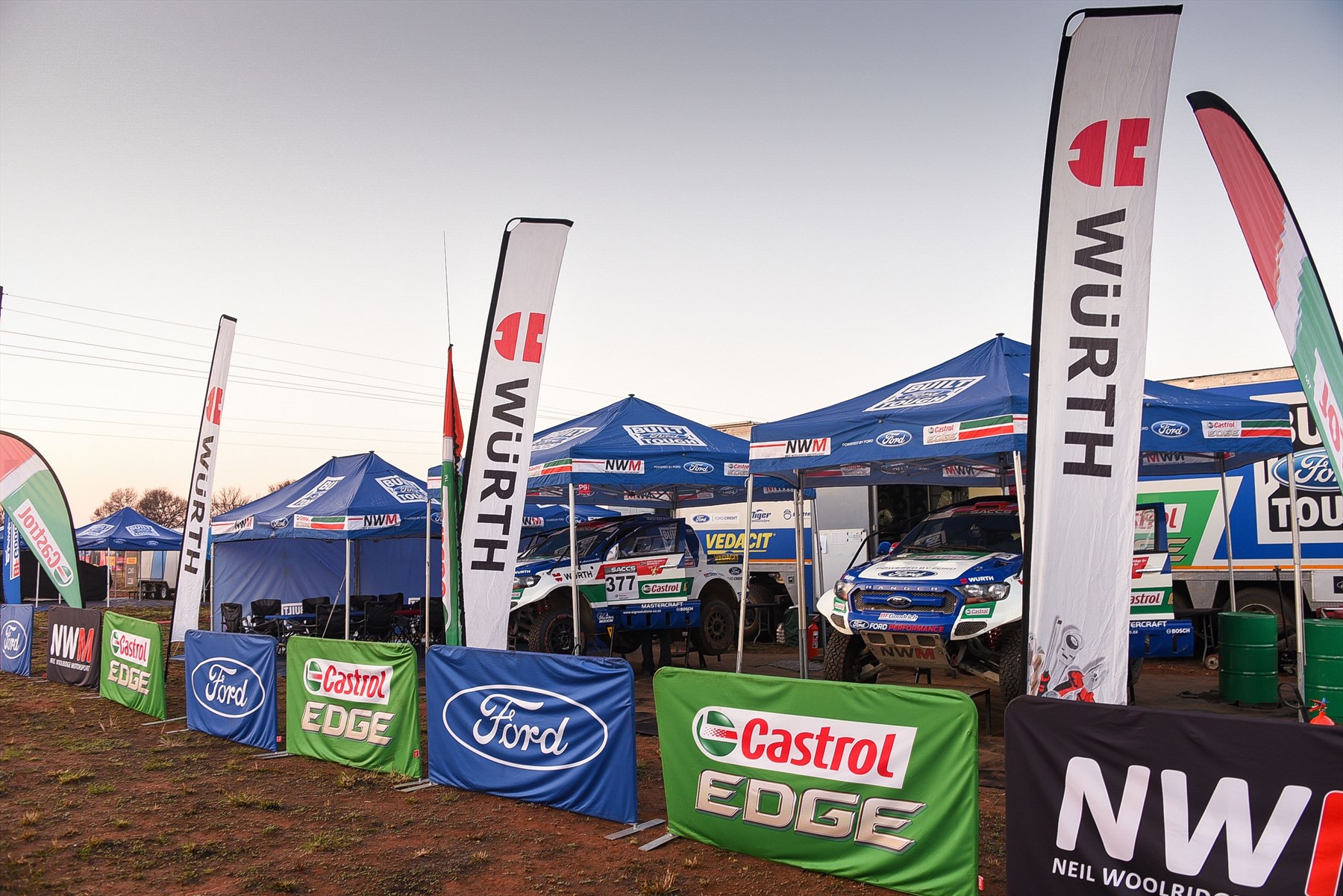 PIETERMARITZBURG, South Africa, 15 October 2020 – The 2020 South African Cross Country Series (SACCS) may have been shortened by two events due to COVID-19, but it certainly hasn’t been short of excitement. The intensity will peak as the championship ends with an exciting double-header that will be held in the Free State town of Parys on 23 and 24 October 2020.

It will be the last opportunity for the teams to improve their overall standings in this year’s Production Vehicle championship, and one that the Ford Castrol Cross Country Team relishes. With just 16 points separating the team’s Lance Woolridge in sixth place from second in the FIA class driver’s championship, it’s all to play for during the event’s unique format for the season finale this year, comprising two separate action-packed races. Co-driver Elvéne Vonk is currently fifth overall – a mere five points adrift of second place in the title chase heading into Parys.

Having scored a podium finish in the season-opener at the Mpumalanga 400 in February, Woolridge and Vonk are keen to end the 2020 championship on a high note – especially as it’s likely to be the last official outing for the Neil Woolridge Motorsport-run team’s current Ranger V8 in the premier class. The debut of the all-new FIA Ford Ranger, powered by Ford’s twin-turbo 3.5 EcoBoost V6 engine, is now set for the start of the 2021 season.

Despite missing the first round of the championship, Gareth Woolridge and Boyd Dreyer are seventh overall in the drivers and navigators rankings respectively, with an exceptionally close fourth-placed finish at the Total Agri 400 in September proving that they are fighting fit and will be challenging for a podium result.

The two-part Parys event commences with the Ford Parys 400 on Friday 23 October as round four of the series. With the Parys Airfield once again serving as the start/finish and designated service park, competitors will have a short 14km qualifying race, setting off from 08:30, to determine the starting order. The main race commences at 10:30, with the crews beginning at two-minute intervals and completing two loops of the 164km route, separated by a scheduled service stop.

Round five of the championship follows the very next day, on Saturday 24 October, and is titled the Toyota Gazoo Racing SA Vaal 400. The format remains largely the same, with the 14km qualifier kicking off at 08:00, followed by two loops of a slightly longer 168km route that begins at 10:00.

“The back-to-back races in Parys will be an exciting challenge for the team, but it’s one we’re looking forward to after missing out on the Botswana Desert Race this year with the season being condensed,” says Neil Woolridge, team principal of Neil Woolridge Motorsport.

“We finished a very competitive fourth and fifth overall at the Parys 400 last year in our Class T cars against the higher-spec FIA class vehicles, with the terrain suiting the characteristics of our Ranger,” he adds. “Although our two vehicles are the same Class T Rangers from last year, we’ve made some decent improvements over the past 12 months, and it showed with Gareth and Boyd missing out on an overall podium by just eight seconds at the previous race in Bothaville.

“It’s fantastic to have the Ford oval headlining Friday’s event, and there’s no doubt that we will be giving both races everything we’ve got to secure the best possible results,” Woolridge says.

Due to COVID-19 restrictions, no spectators are allowed in the designated service park or at the event. Fans can follow all of the action and track the position of the crews throughout the races using the RallySafe app, which can be downloaded free of charge for iOS and Android devices.

Updates will also be posted on the Ford Performance social media channels: